Apollonia is one of the largest well-known in the whole Illyria ancient Greek port. It was founded in 588 B.C. in the country of the Illyrian tribe of Taulantii, native of Corinth and Kerkyra, who liked this place on the right shore of the Aoia (now Vjosa) River about 10 kilometres from the point of its influx into the Adriatic Sea.

Spread out on the west end of Via Egnatia this town was both a trading centre and fortified fortress. Aristotle told about Apollonia as of an example of oligarchic regime: descendants of Greek settlers ruled by the colony inhabited mainly by Illyrians. They minted their own coins here and sold Illyrian slaves. Near the end of ancient ages Apollonia became emptied because of bogging of the area. The inhabitants migrated to the neighbouring town of Vlora. 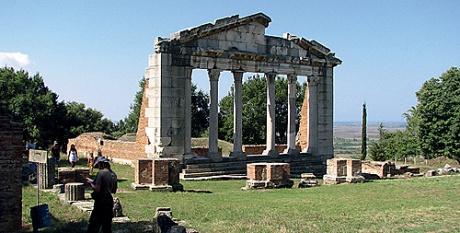 In the period of the World War I when Albania was occupied by Austrians the first archaeological studies were started in Apollonia. After the war they were continued by the French expedition of L.Rey. At that very time remains of a theatre and a temple date by the 4th century B.C., streets paved by stones and mosaic floors were found here. Now the main part of these findings is exhibited in the museums of Tirana. 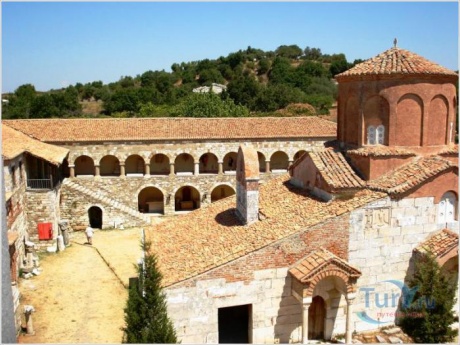