Mentality and culture of Albania

There are no conventional rules of behavior in Albania as representatives of Islam, Eastern Orthodox Church and Catholicism Christianity live here, so their behavior varies in different towns.

It is very important for the Albanians to have guests at their place from time to time. The more often the have them – the wealthier they are thought and the higher their social status is. But you can’t come to an Albanian home without any gift. You have to bring at least an insignificant one. Flowers are not really appreciated as the Albanians prefer gifts of some material value. 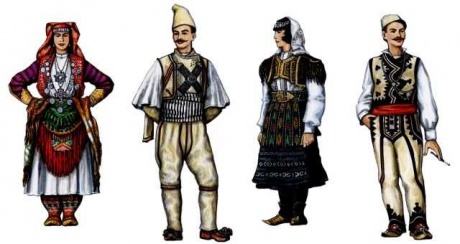 They bargain everywhere here. If something catches your eye at the marketplace you must just evaluate it really critically. Try to look as if you were asked to pay not less than your monthly wage for that thing and offer the seller half-price for it. If the seller refuses at first – put that thing back, slowly turn around and start walking away. Most likely the seller will try to stop you and cut the price by 25-30%.

In Albania merchants on every street corner offer you miscellaneous products like wallets, Swiss watches, cell phones, cameras for very attractive prices. Don’t even think of that! 99% of them are either stolen or fake. Leaving to Albania take at least minimal set of medicines as the Albanian health care can hardly be praised and sometimes you won’t find the needed meds at the chemists store. 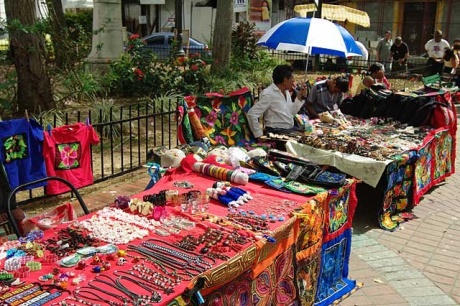 National pastime peculiarities.
The common Albanian evening pastime is «jiro». Albanian couples go out usually to the center of a town and take a stroll down the town square, meet their friends, discuss the latest news or just gossip and demonstrate their wealth and social status.Generally most Albanians are quite poor but want to hide it from their friends or neighbors by spending their last money on expensive clothes, jewelry, cell phones or appliances.

What the Albanians like doing the most is doing nothing, and they do it everywhere – in the street, at home, in nature’s lap. You can see a bunch of people of different ages just gathering in the street, talking or drinking beer, playing table games and reading newspapers (especially the elderly), discussing the news or just enjoying the scenery around them at any time of the day.

New Year the 1st of January

Christmas the 7th of January

Republic Day the 11th of January

Labor Holiday (Labor Day) the 1st of May

Liberation of Bulgaria the 3rd of March

Liberation Day of Albania the 29th of November

«Alejandro Day» the 10th of December

28 of November is the Independence Day in Albania which is the national holiday for all Albanians. Besides, the Albanians are proud of Day of BeatificationofMother Teresaof Calcutta which is celebrated on the 19th of October. Mother Teresawas blessed which means she passed the first canonization degree and this is why this holiday is nation-wide.

The Albanians celebrate Saint Nicholas Day on the 5th and 6th of December and they call it Saint Nicolay of Winter Day. On these days it is customary to fast that is why the feast starts late at night and whole roasted lamb.