People lived on the territory of today’s Albania as early as in ancient ages. At that time the southern territory of the country was a part of the state of Epirus. The central area with the towns of Apollonia and Epidamn (later it was renamed into Dyrrachium, now its name is Durres) was a part of Macedonia and then (from the year 146 B.C.) became a part of one of the Roman provinces. The northern territory of the country with the towns of Lissos and Skodra (Shkoder now) was a part of the Roman province named Dalmatia. After the collapse of the Roman Empire the main part of Albania entered into the Byzantium, and Dalmatia entered into the Western Roman Empire. 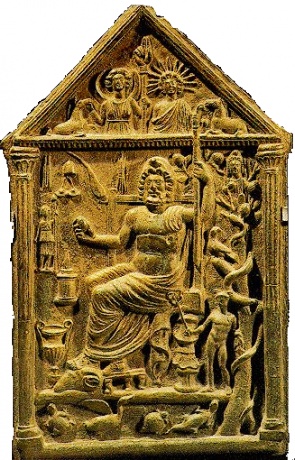 Up to the 6th century Albanian territory regularly suffered from invasions. It was conquered by Goths and Huns and later by Slavic tribes, too. After collapse of the Byzantium Empire in different periods Albania was under control of Epirus, Venice, Kingdom of Serbia and Kingdom of Naples.
From the end of the 14th century after Turkish invasion Albania turned out to be a field of hard collision of interests of the Ottoman Empire and Byzantium. It was Turks who won after long-lasting two-century fight. Ottoman rule and intensive islamization of Albanians continued up to the World War I when after the defeat of Turkey the forces of Greece, Monte Negro and Serbia found a lodgement on the territory of Albania. 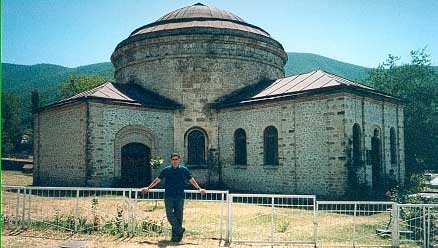 Some earlier the struggle for national liberation from Turkish domination became more active because of overthrow of sultan Abdul-Hamid II. This struggle was supported by some powerful countries of Europe including Russia.

After World War I, in 1920, the Albanian National Assembly declared independence of the country, proclaimed that Albania is a republic and chose the city of Tirana as the capital of free Albania. At that time a group of Zogu took power. He was supported by Great Britain, Italy, France and Yugoslavia and represented interests of Albanian landowners. In 1928 Zogu declared himself the King.

April 1939 appeared to be a hard period for the country: fascist Italy brought its troops into Albania and annexed all Albanian territories. After signing union with Italy and Zogu’s escape to Greece Albanian men was allocated a duty to serve in the Italian army. In September 1943 when Italy laid down arms Albania was occupied by German troops. But development of liberation movement and general strategic upset resulted in liberation of the territory of Albania from fascists by the National Liberation Army of Albania. 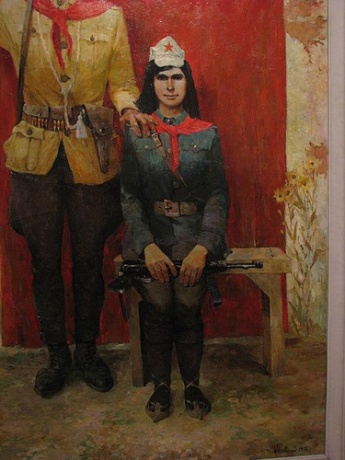 Till 1985 the country was ruled by the communist regime. The leader of the “Red” Albania Enver Hoxha established real totalitarianism and proletarian dictatorship in the country. He didn’t allow any shoots of nonconformity. Nevertheless, this regime can be credited with industrialization of the country and fast growth of educational level among people (in 1940 about 80% of population of Albania were illiterate). After the death of Hoxha and ruin of socialist system Albania as the rest of the Eastern block countries couldn’t avoid a process of democratization which developed very contradictorily and was accompanied by numerous excesses. 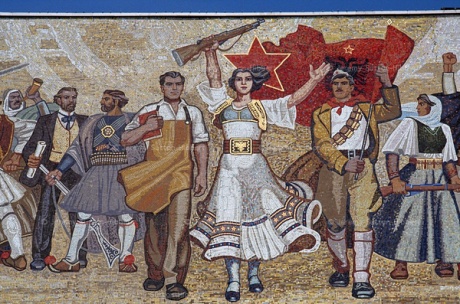 Pro-Western orientation (in the end of 1998 40 parties of the country came out for entering to NATO) made relationship of Albania with neighbouring countries more complicated. In April 1999 Albania broke off diplomatic relations with Yugoslavia. Streams of refugees from Kosovo overflowed the country. Their accommodation in the south of Albania adversely modified rights of Greeks who lived there and resulted in aggravation of relations with Greece, the FYROM and some other countries. 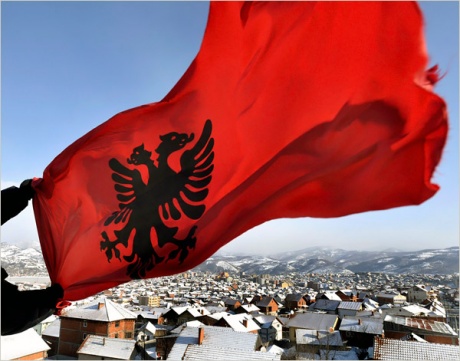 Integration of Albania into the European Union and NATO remains a priority guideline of the country’s foreign policy in the beginning of this century.