Taking into account the major criteria Albania is a small country, but that does not frighten foreign investors who are willing to invest in this attractive country. The geographical situation is very interesting for investors, natural resources of the country have big potential (even on the world scale big deposits of chrome, oil, copper, nickel, coal and bauxites).

External trade of the country is pretty liberal – 45% of imported goods are not imposed with taxes, tax rates are quite low, import is not being licensed. You can rent land at very low costs in comparison with other European countries, for 99-year term. 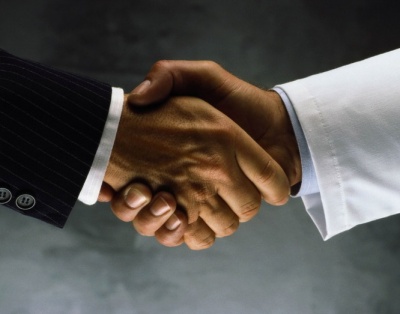 Ecologically clean sea-coast (450 km long), numerous lakes and mountain rivers in the combination with Mediterranean mild climate provide with a lot of possibilities for investment into the tourist industry.

Favourable financial and law conditions in Albania are of more importance for attracting of potential investors. Economy of Albania aims at extensive privatization, that can be realized only by means of investments from outside. The Albanian laws focus on the long term perspective, that is really important to be sure of the possibility of eventual risks. Nowadays there is a law codes in Albania that protects private property, entrepreneurship and investments to the full extent. The local law can guarantee freedom of transmission of capitals and profits. As for the political situation, now there established a fixed democratic system that helps to turn from centralize planned economy to developed market relations.

Long-term investments have priorities in Albania, especially if these investments are in tourist industry, reconstruction of oil-production and oil-refining, chrome and copper mines, textile plants, infrastructure development. Officials emphasize that all the investments in these spheres will be supported by the respective corrections of the legal basis of the country.

Legal basis of the investments activity.

According to Russian trade mission a good legal basis is created in Albania for investments development in the country. The Albanian

Parliament passed two main laws for this: those are the laws “About commercial companies” and “About foreign investments”. The specialists say that the last one is remarkable for the biggest liberality among the same laws in other European countries.

Nowadays in Albania you have right to create a joint venture, joint-stock companies, corporations of open type, limited liability corporations, open companies in form of joint-stock ones. The Albanian legislation protects the foreign capital from expropriation and nationalization according to all the norms of foreign legislation. The procedure of the registration of a company with foreign capital is simplified to some extent. Foreign investors can transfer profit abroad without it being considered for taxation. Besides all the articles used for production aims and articles used for joint ventures are freed from any type of taxation and custom duties. For the first 4-5 years the enterprise does not have to pay a profit tax (the term depends on the sphere of production).

The tenders system used in Albania is realized in accordance with the world standards in this sphere. Tenders are used for reconstruction of industrial and civil objects, for supply of some kinds of equipment and materials. The most important peculiarity of the Albanian tenders system is that the foreign companies have right to participate in auctions on the same terms with the local companies.

As a rule the announcement of auction is published in the open media. The company that is interested in the auction can obtain certain tender documentation paying definite fee, there they can find common requirements for a member of such a public sale, the terms of tender proposals are to be found there too. The interested companies register and offer their commercial proposal to a special tender committee that is organized by the customer. In a certain period of time the committee gets acquainted with all the offered proposals. Then they choose the most competitive offers that meet the needs of the customer (prequalification selection). Then negotiations are held with candidate companies where all the technical questions are verified, the price is taken in consideration as well as its possible reduction. In the end of the negotiations the winner of the auction is defined with whom the customer signs the contract. 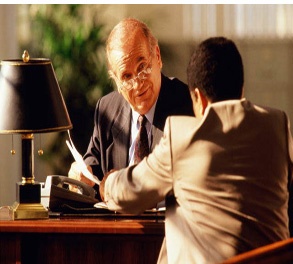 The Albanian bank system was centralized before, but now it is transformed in a two-level system that conforms to all the international standards. The first level is represented by the National Bank of Albania, the second level consists of commercial banks. The Albanian legislation admits the creation of joint banks (with the participation of the foreign side) and private banks too. You can get the license for banking activity only in the National Bank of Albania.

According to the data of ControlRisksGroup (consulting company in the sphere of international business) Albania is on the list of the countries that represent the high level of risk for foreign investments. In this country foreign organizations can easily face the problem of security, personnel and assets can run the danger of risk from the country authorities and other important groups. The risk of side losses is big due to terror activity while the state security is not distinguished with adequacy.

According to the law «About commercial companies» a foreign investor has right to run the business in one or another legal form, such as:

Limited liability corporation (Shpk) – the most widespread type of a closed company in Albania, is characterized by the following:

The corporation can be established by one or more shareholders. Minimal authorized capital stock is equal to 100000 lek (approximately 800 euro). Capital stock is divided in ordinary shares, each of them has the minimal cost of 1000 lek. Contribution to the stock capital can be done in form of the national currency or other kinds of property, personal assets or real estate. The legislation doesn’t admit to contribute in form of services or other intangible assets;;

Management is realized by the directors (or just one director) those are appointed by the common meeting of the share-holders. All the urgent decisions, strategic questions of the corporation management, decisions on increase or decrease of stock capital, decisions on merger or company takeover can be made by only as minimum as ¾ of the shareholders;

Shareholders can give their share to other persons if it is approved by ¾ of all the shareholders, if there are no other fixed company regulations for this ;

The company can be transformed into the partnership with limited or unlimited liability, .

Company with joint capital (Sha) are characterized by the following:

Shareholders have limited responsibility for company obligations, within the limits of their contributions to the common capital stock; 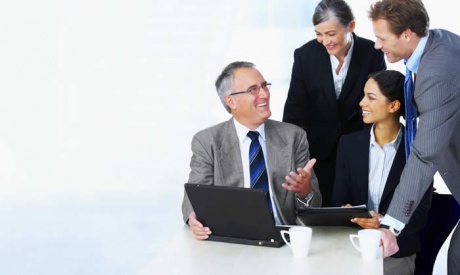 The Albanian legislation doesn’t give any certain definition and rules of functioning of the affiliate of the international company. According to the law “About commercial register” and fixed business standards for foreign companies in Albania , affiliates should follow the same registration procedure in the Commercial Register as usual local companies do.

There are differences between an Albanian company and an affiliate of a foreign company. They are to be observed in some formalities concerning management and allocation of responsibility. The net profit (the total profit minus the tax on the profit) of the affiliate can be transferred abroad without any taxes, e.g. tax on the dividends while the net profit of the local company being devided between the foreign owners is a subject of taxation, the rate of the tax is 15%

Foreign persons can run an enterprise in Albania without any limits.

If you are willing to register a company in the Commercial Register you have to have the following documents:

Application form to the District Court, signed by the directors with notary public present;

Founding document, signed by the members of the company with notary public present;

Confirmation of payment of of the stock capital (in form of money, or in other forms of property

Founding protocol and founding documents of the main company with all the additions and corrections;

Excerpt from the Commercial register where it can be proved that the main company is registered in the National Register, and that the head company is not a bankrupt and has no debts and obligations in the country of its registration;

The list of the board of directors of the head company;

The decision of the Board of Directors or by another management structure mentioned in the founding documents of the head company about the establishment of the Albanian affiliate and about the appointment of the manager in the affiliate;

Application to the district court signed by the representative of the affiliate.

If the above-mentioned documents are done in the country other than Albania in a foreign language, they should be legalized via Apostil by the competent services of the country of origin and translated into the Albanian language.

Every new company must take the procedure of registration in the taxation organs of Albania during 5 days from the moment of having applied for registration. As soon as the procedure is over the company gets own fiscal code and the VAT number.

All the enterprises active in Albania pay taxes on profit, VAT and some other national and local taxes.

Profit tax is valid for all the legal persons residing in Albania, no matter what type of enterprise they are, not taking into account whether they are subjects of VAT or not.

The partnerships are transparent for taxation, the tax on profit arises once at the source of payments.

Profit tax is 20 % in Albania, is paid within 15 days of each month, and is kept in order at the end of the fiscal year.

Each legal person residing in Albania must use withholding tax of 10 % against the payment source for not Albanian residents getting the following payments:

charges for construction, installation assemblage of the equipment, and other additional works if necessary,

payment for performances of actors, musicians and sportsmen .

The source of payment must pay the tax before the 20th of the following month. The source does not have to pay this type of tax when the persons paid by the source are Albanian residents.

Value-added tax in Albania is 20 %. A special form so called FDP (PaymentDeclarationForm) should be filled and directed to the tax administration every month with the information about purchases and sales during the last month. Before the 14th of every month the sum of VAT should be paid on the VAT-account in the authorized bank. VAT of the imported goods is considered to be the VAT credit and allows you to pay less the instant month.

The following activities are freed from VAT in Albania:

Some services connected with oil-prospecting,

Except the federal taxes, you will find different local taxes, the majority of them are court registration tax, advertisement tax, premises tax, environmental tax, social tax and so on.

Albania has signed special agreements with the following countries in order to avoid the double taxation: